Thank you so much Prog Magazine for debuting Circuline’s new video for “Summit”!

Shot on location during the band’s first tour of England last summer (opening for IOEarth), we appreciate the article and publicity.

Read the article for yourself here:
http://teamrock.com/news/2018-01-03/watch-circulines-live-video-for-summit 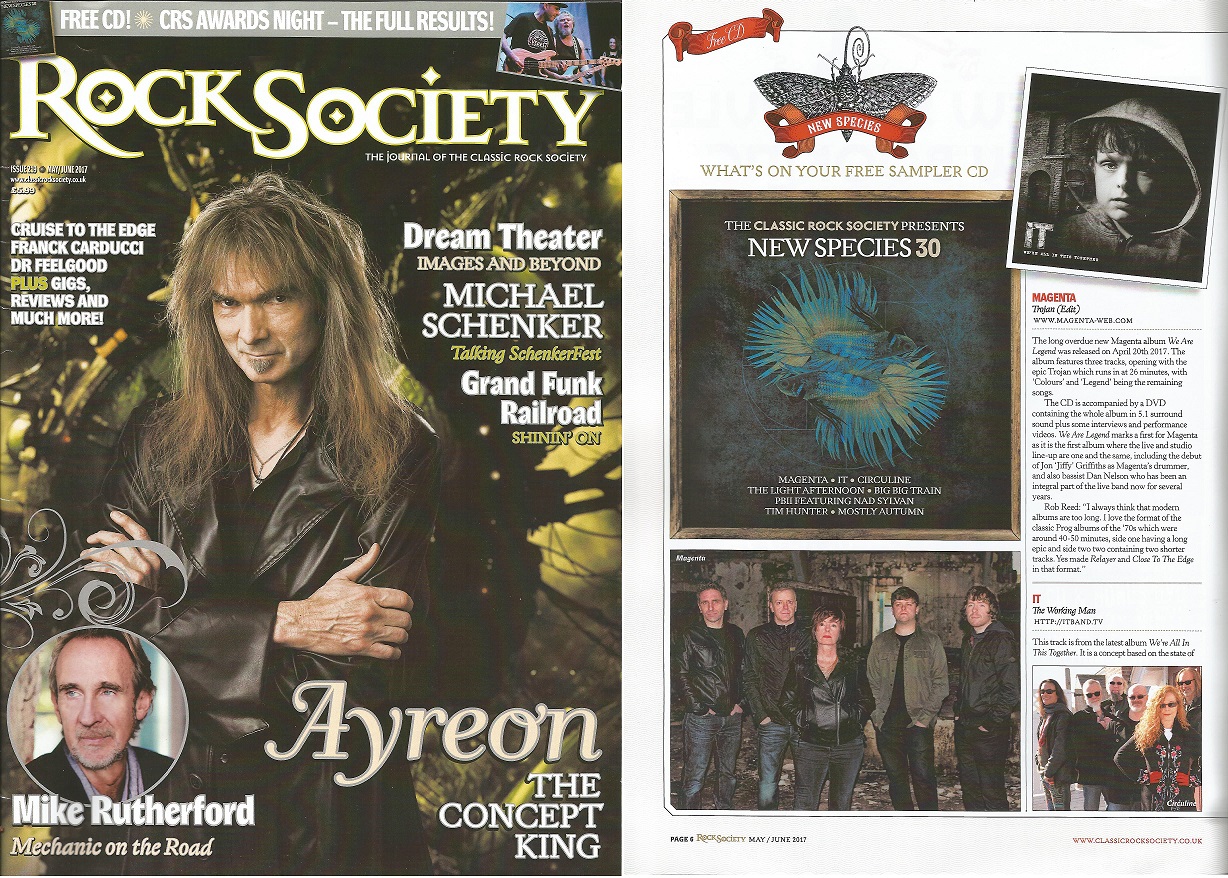 Thank you to Classic Rock Society Magazine (UK) for featuring the Counterpoint track “Summit” on the New Species 30 CD Sampler, included with their May/June 2017 Issue!

Special thanks also to the Classic Rock Society for hosting Circuline and IO Earth this coming Saturday, June 24th, at the Wesley Centre in Maltby, near Rotherham, England!  Will we see you there?