Latest Band and Music Review from a Fan
“One of the things that first gripped me about Circuline is how much the music DOESN’T sound like anything or anyone else. Definitely cut from the cloth of Progressive Rock, using many of the same tools available to our Prog forebears, but fashioned into something totally fresh and original. I remember listening through [the second studio album] ‘Counterpoint’ and thinking, “they made this whole album without depending on Mellotron sounds for added Prog cred”;  and further, no keyboard solos that sounded like Tony Banks.  At some point, even “progressive music” will cease to progress, if it just repackages things that were new 40 or 50 years ago.  I felt that Circuline did a totally admirable job of holding the Prog torch, and using its light to forge a path forward, to something unique.”  — Rick Steinau, via Facebook, June 2020 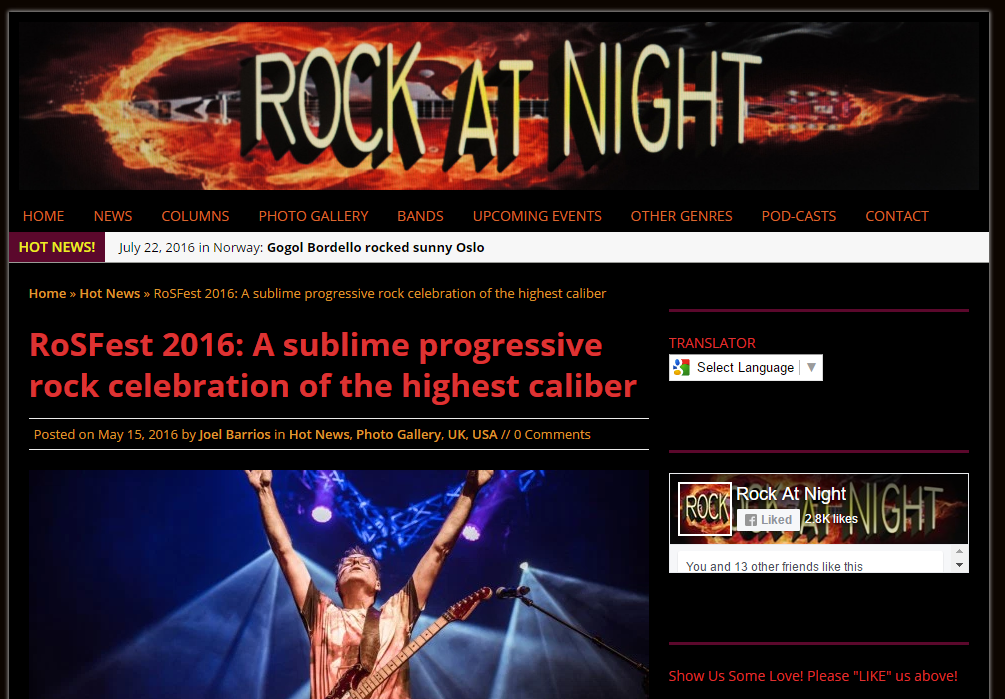 “CIRCULINE: Another band I was unfamiliar with, and to my complete surprise they have in their ranks none other than the amazing world-known jazz guitarist, pianist, and composer BELEDO (born in Montevideo Uruguay) with whom I had a very nice conversation during Cruise to the Edge last year. Circuline is not your typical prog-band, their music lies somewhere along the lines of cinematic rock and classic progressive rock. Employing two theatrical lead vocalists like Natalie Brown and Billy Spillane along with other remarkable players like keyboards wizard Andrew Colyer and drummer powerhouse Darin Brannon they are a band deserving close attention. They refuse all kinds of labeling and are not afraid to show their ideas without taking the easy route. A delightful vocal performance mixed with AOR prog accents and instrumental fusion.” – Joel Barrios 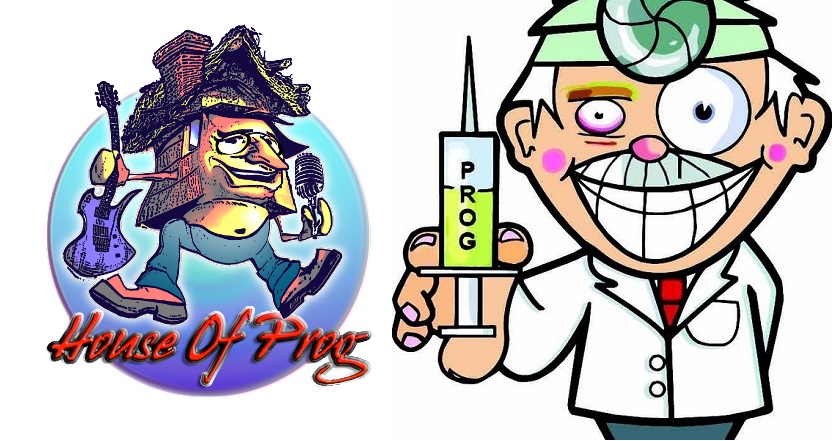 “Circuline’s new album, their second effort, Counterpoint, shows the evolution of this band from its primordial beginnings to a very advanced stage of cinematic progressive music. The balance between extreme instrumental and vocal gymnastics has been harnessed and the results are clearly evident. This band is a maturing organism that is evolving into a juggernaut, not only in the progressive music genre, but in the general music scene. I’m not sure I can even handle what the third release may bring!” — Marty Dorfman (AKA The Prog Doctor), House of Prog
~ 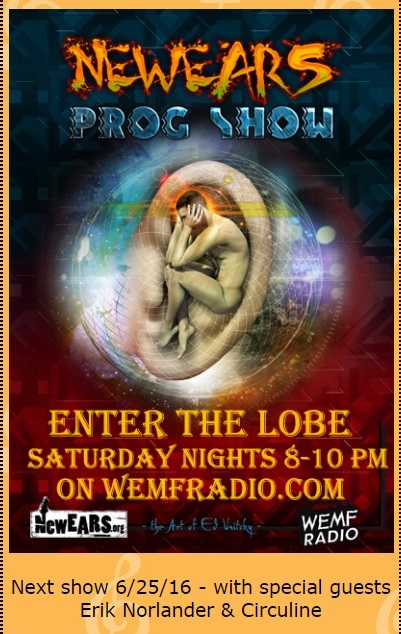 “I love this new album!  It’s as good as anything that YES, Genesis, or King Crimson ever did.  I can’t tell which track is my favorite, because there are so many good ones.  Right now I’m leaning towards ‘Stay’ and ‘Summit”.  You guys are great – we can’t wait to have you play here in Boston again!”  —  Alan Baillargeon, NewEARS Progressive Rock Show
~ 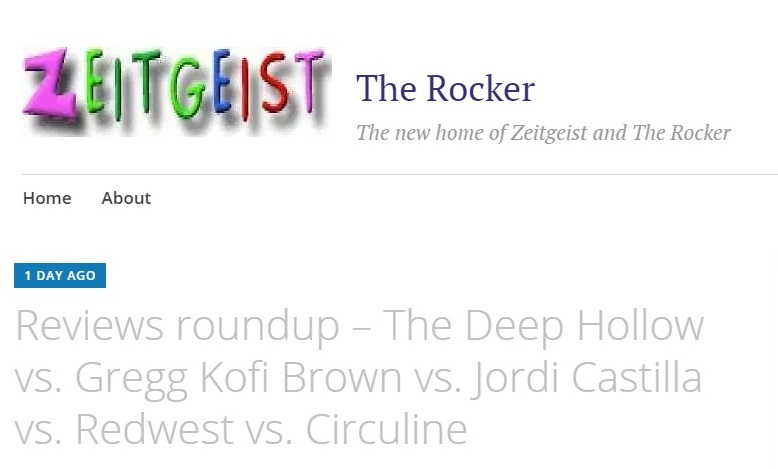 “This should be required listening for 21st Century prog rock fans.” — Zeitgeist, The Rocker (UK)
~ 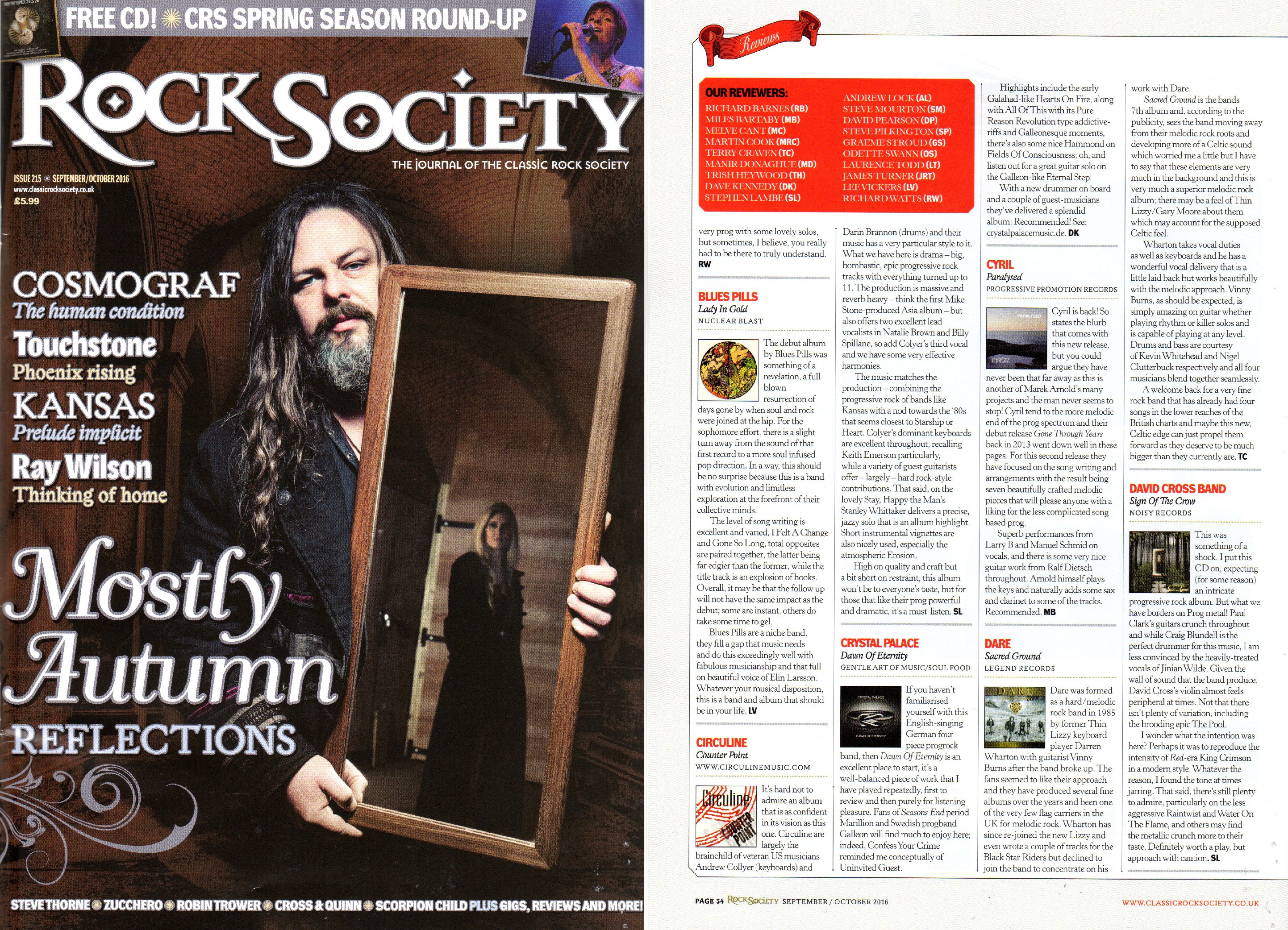 “Confident in its vision…..a very particular style…..What we have here is drama – big, bombastic, epic progressive rock with everything turned up to 11.  The production is massive…..two excellent lead vocalists in Natalie Brown and Billy Spillane, so add Colyer’s third vocal and we have some very effective harmonies…..the music matches the production…..Colyer’s dominant keyboards are excellent throughout, recalling Keith Emerson particularly…..short instrumental vignettes are also nicely used…..high on quality and craft…..for those that like their prog powerful and dramatic, it’s a must listen.” – Classic Rock Society magazine (UK)
~ 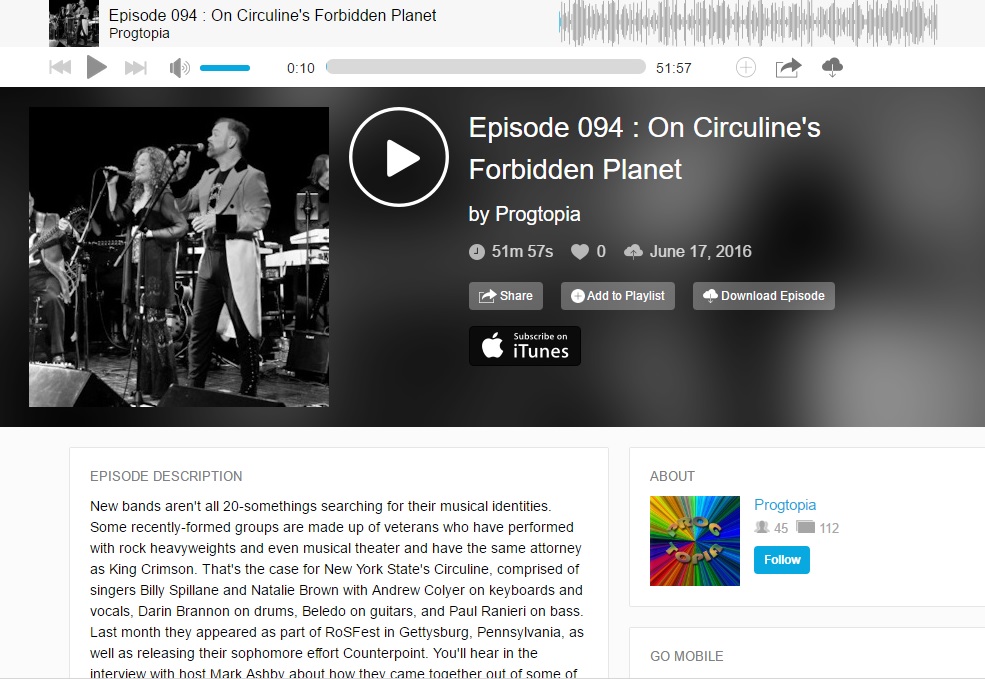 “The new album has a lot of great vocal harmonies, as well as instrumental sections.  Circuline is one of those bands that serves as a bridge between old and new prog – a great blend of classic and new progressive rock – check them out – you’re going to love them!” – Mark Ashby, Progtopia.com
~

“Stunning album!  Even better on headphones.  As much as I love the debut, the new record is just head and shoulders above it. You guys knocked this one out of the park. Each time I listen I hear another detail that brings a smile to my face.” – John Giordano, Windsor, New Jersey

“OMG!!!!  This second album is so BEAST!!!!  Amazing sound!!!  Dude, it’s so incredible, I listened to it six times in a row yesterday!  I’m so blown away – the vocal harmonies, the chord progressions, the monster drumming, the keyboard and guitar work, this album is a Masterpiece!!” – Ron Matthews, St. Louis, Missouri

“Cinematic….refined…..polished…..smooth as silk…..not what you usually hear from a first album…..” – Marty Dorfman (AKA The Prog Doctor), House of Prog
~ 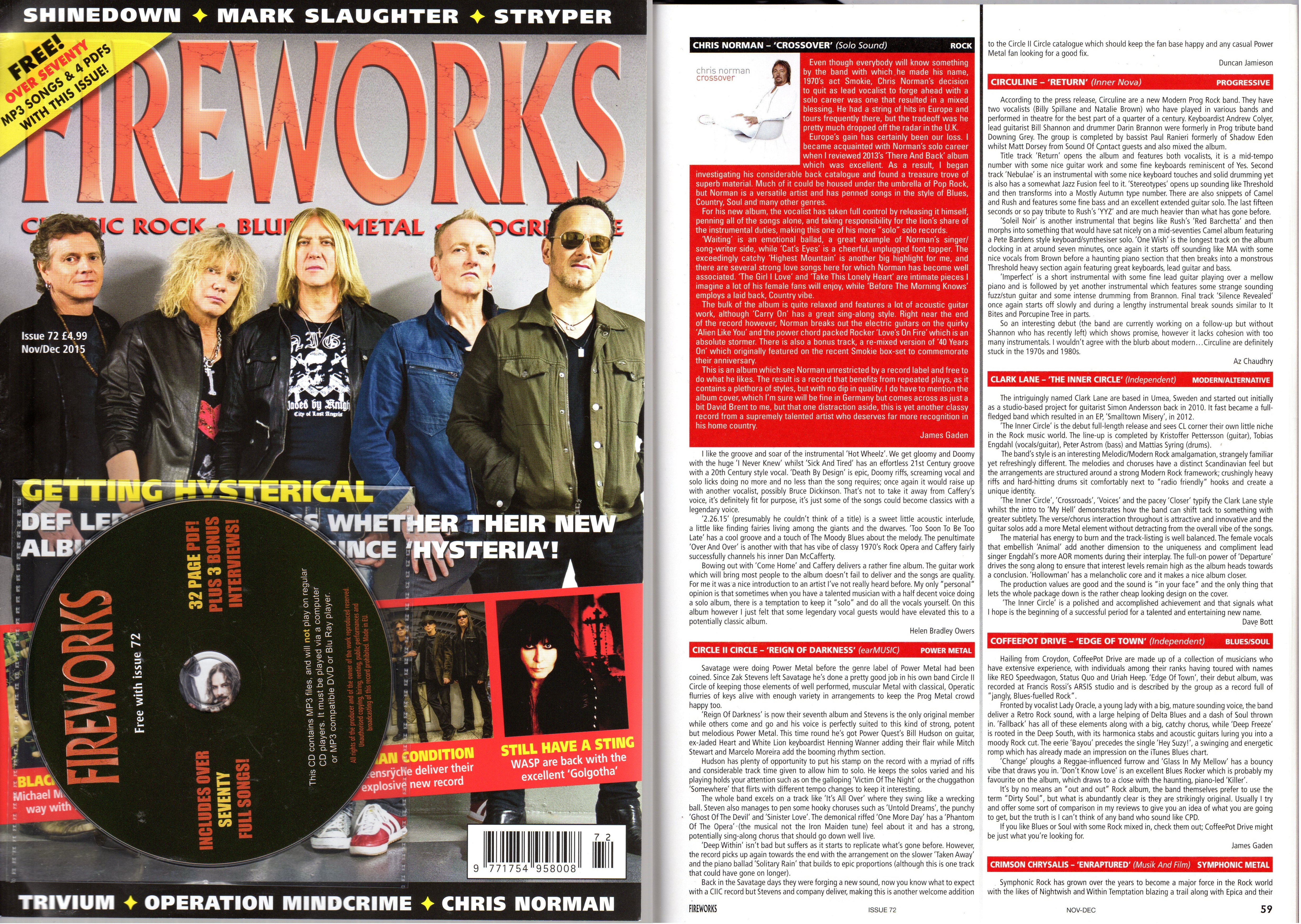 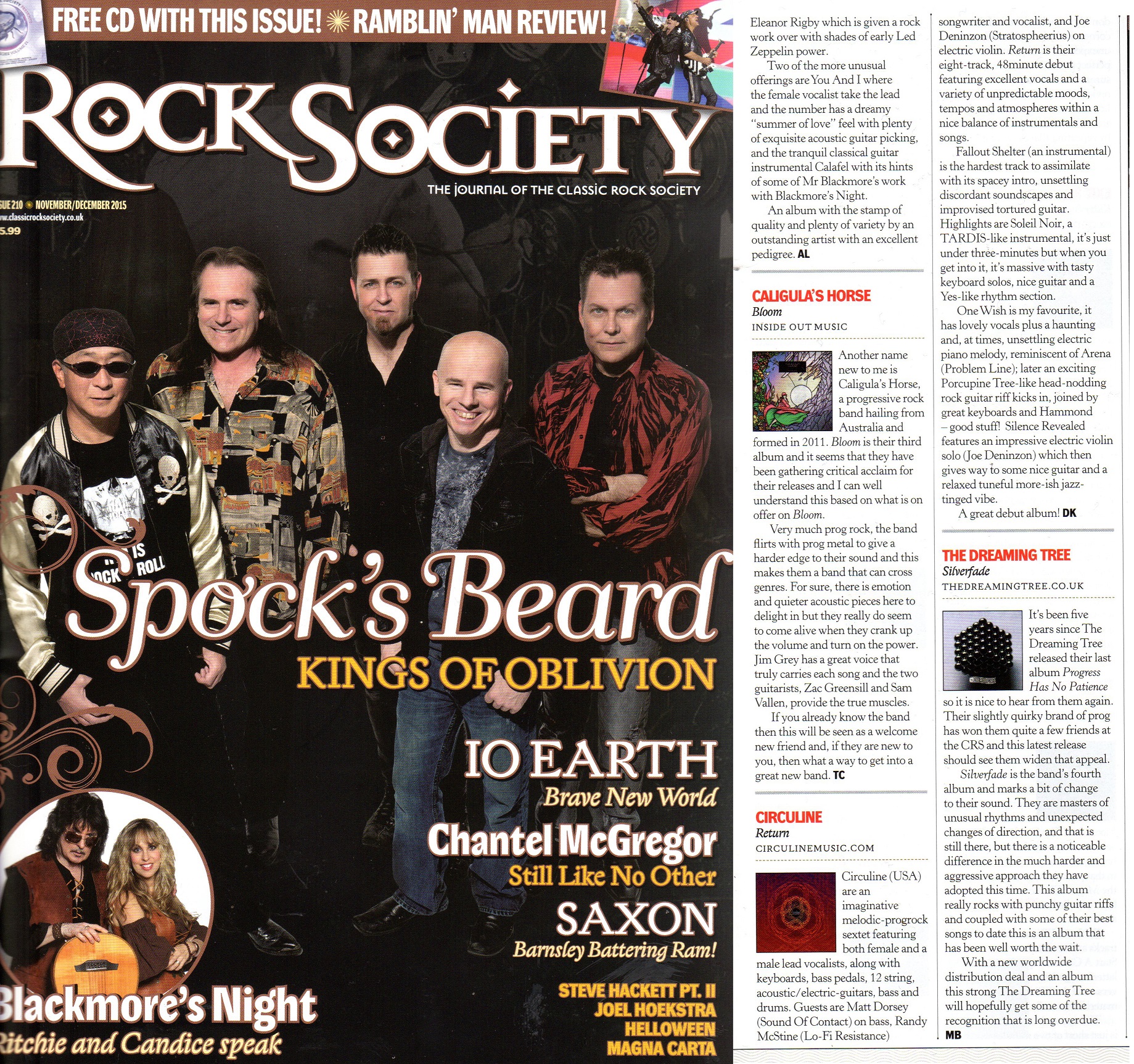 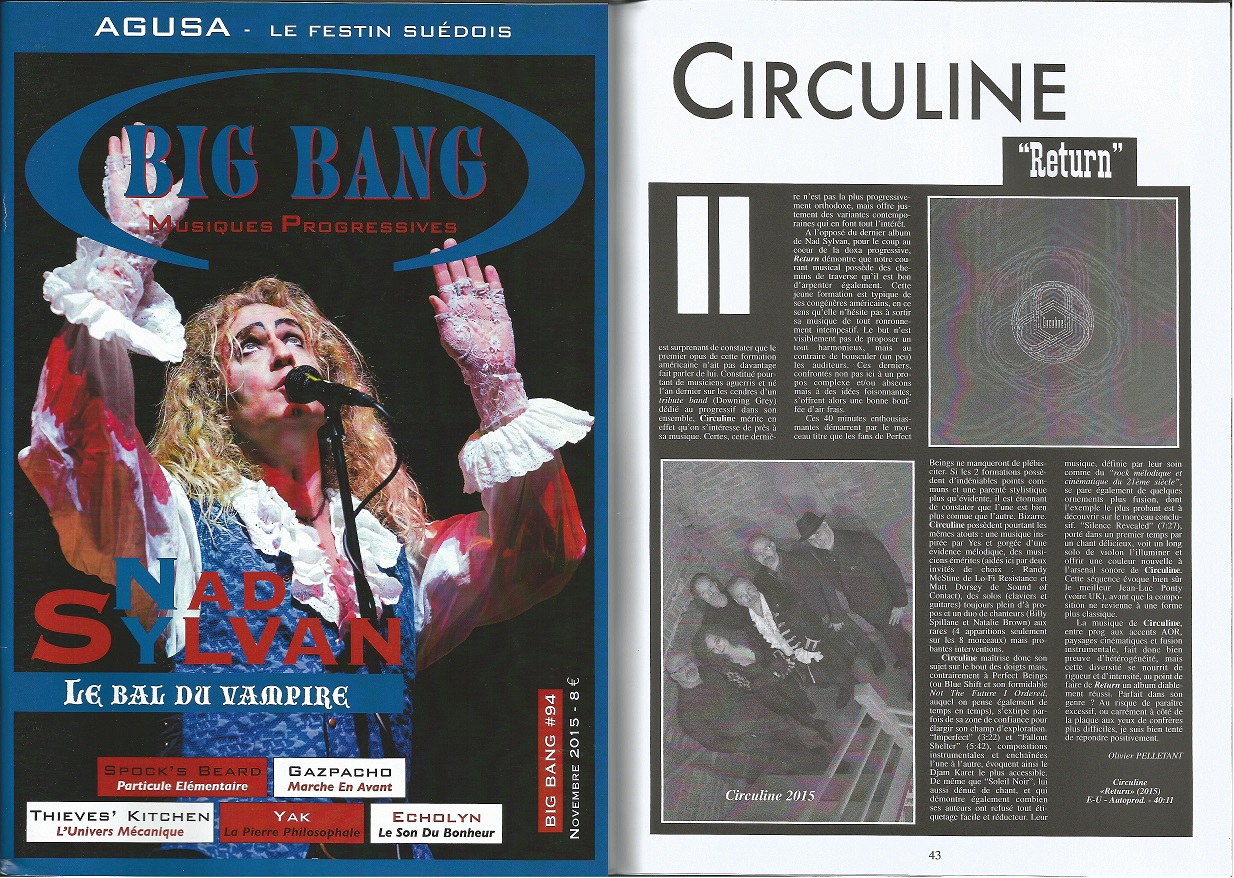 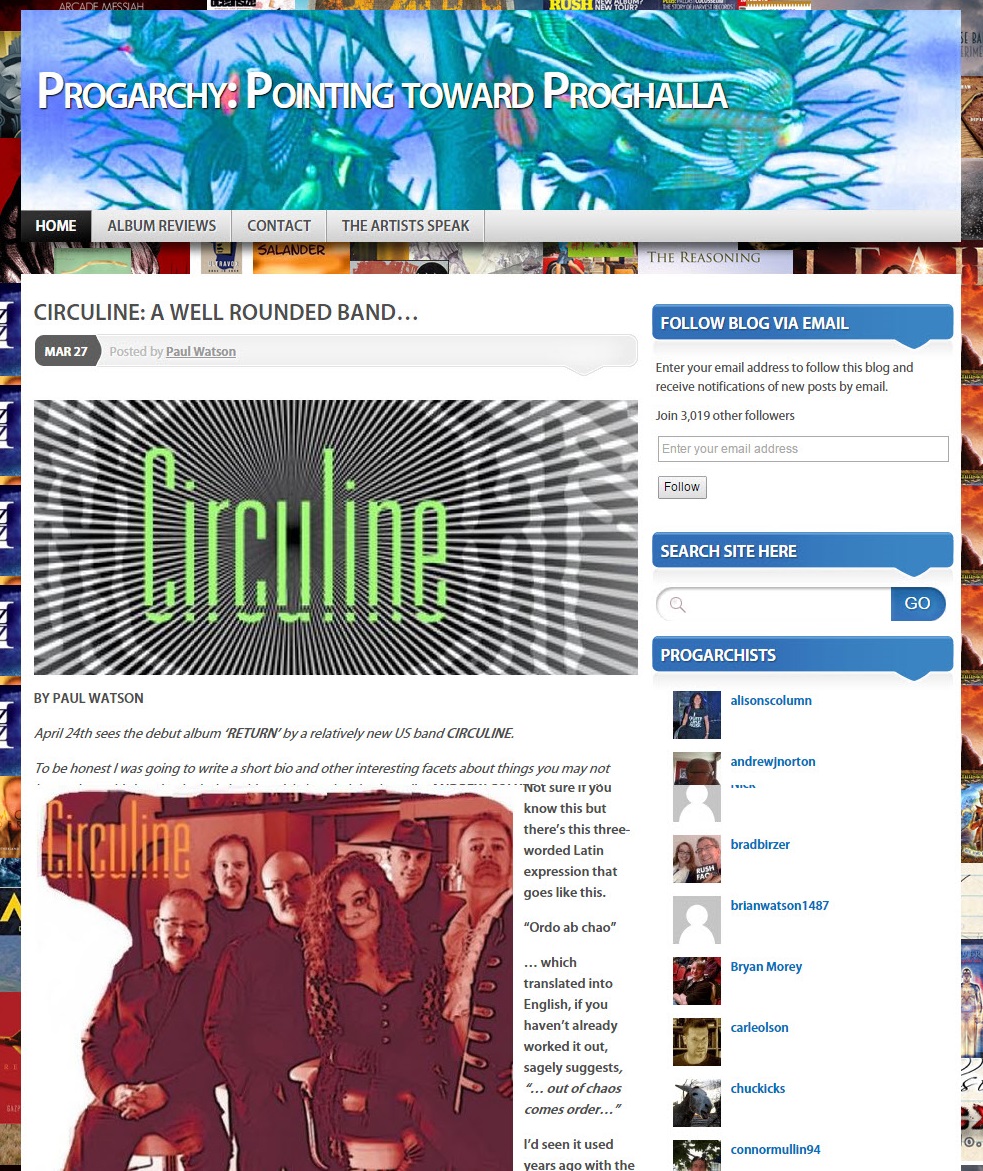 “There are many layers here on first listen…delicately placed strips of all
manner of sounds interwoven and joined without a hint of the seam…It’s
that good, and only gets better upon each playing…Trust me – You’ll know
what I mean when you listen to Return yourselves.” – Paul Watson, Progarchy

“What an amazing album.  If you have not heard this band, check them out…What are you waiting for?” – Nick Katona, House of Prog D.J. and President of Melodic Revolution Records

“You guys are standing in the backyard of greatness, and I want to be along for the ride.” – Alan Baillargeon, New England Progressive Rock Music Series

“I wasn’t surprised, I was simply blown away” by Circuline’s performance at RoSfest [the 13th International Rites of Spring festival]. – Mike Maffei, House of Prog show host

“I was on the YES Cruise to the Edge, and I thought you sounded better than they did!” – Wes Ostiguy, Boston, Massachusetts

“Oh my God, you guys are Tremendous!!!  That was like performance art!!” – Carol Woodman, Portsmouth, New Hampshire

“I get goose bumps every time I hear them!” – Lisa McMillan, Rhinebeck, New York

“My friend made me go see them in person.  I don’t even like progressive music, and I thought they were great!” – Mary Nemeth, Queens, New York

“Man, you guys were great!  I’m so glad I got to see you.  I’ll be at every concert I can.” – George Carrothers, Milan, New York

“These guys are really tight!  From the second they started playing, it sounded exactly as though they knew right where they were supposed to be.  You would think these guys had been playing together for years.” – Bette Weber, Red Hook, New York

“A wild progressive ride which transcends the past into the future…what a great band!” – ‘Front Row” Dave Beesmer, attendee of over 1000 concerts and videographer for over 300 concerts

“I got a YES vibe with a modern take on it.” – Gary Godin, Boston, Massachusetts

“WOW! AMAZING – like the sounds of YES, only better!!  Love it!!  Let me know when the album comes out – I’m lining up!!” – Monica DiMartino Farragher, North Chatham, New York