Look at the bottom section “Popular Artists” – Circuline is listed between Steve Hackett and Dream Theater! 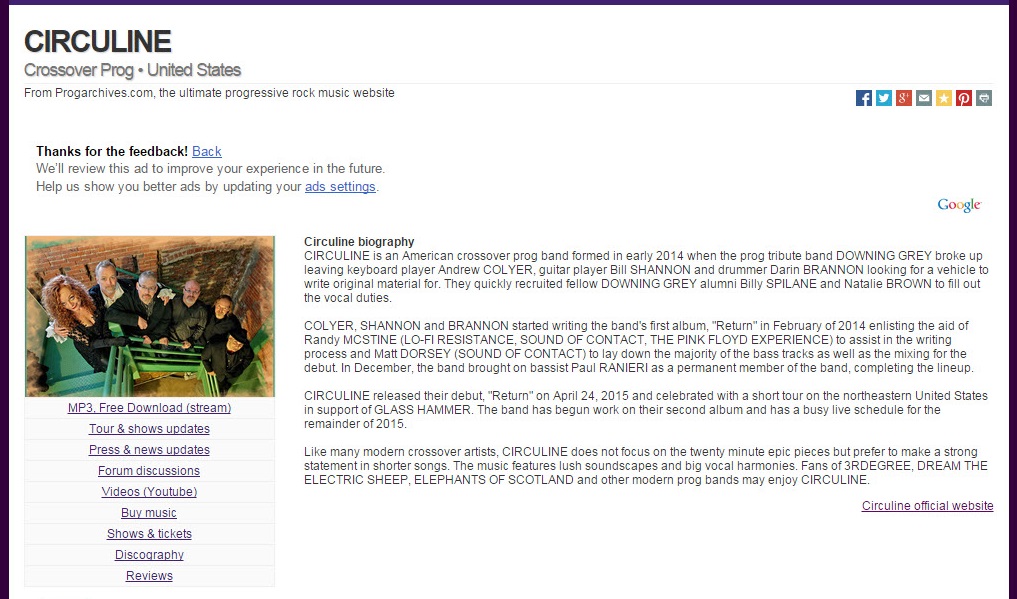