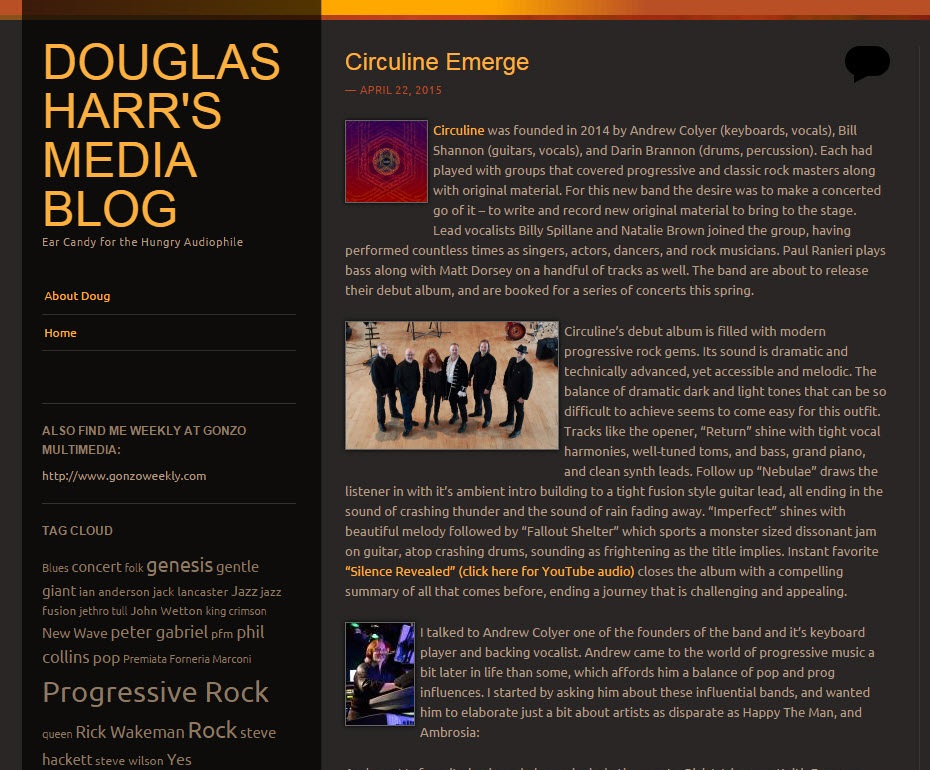 Special thanks to Doug Harr for this review and interview!

Circuline Featured in the River-Chronicle 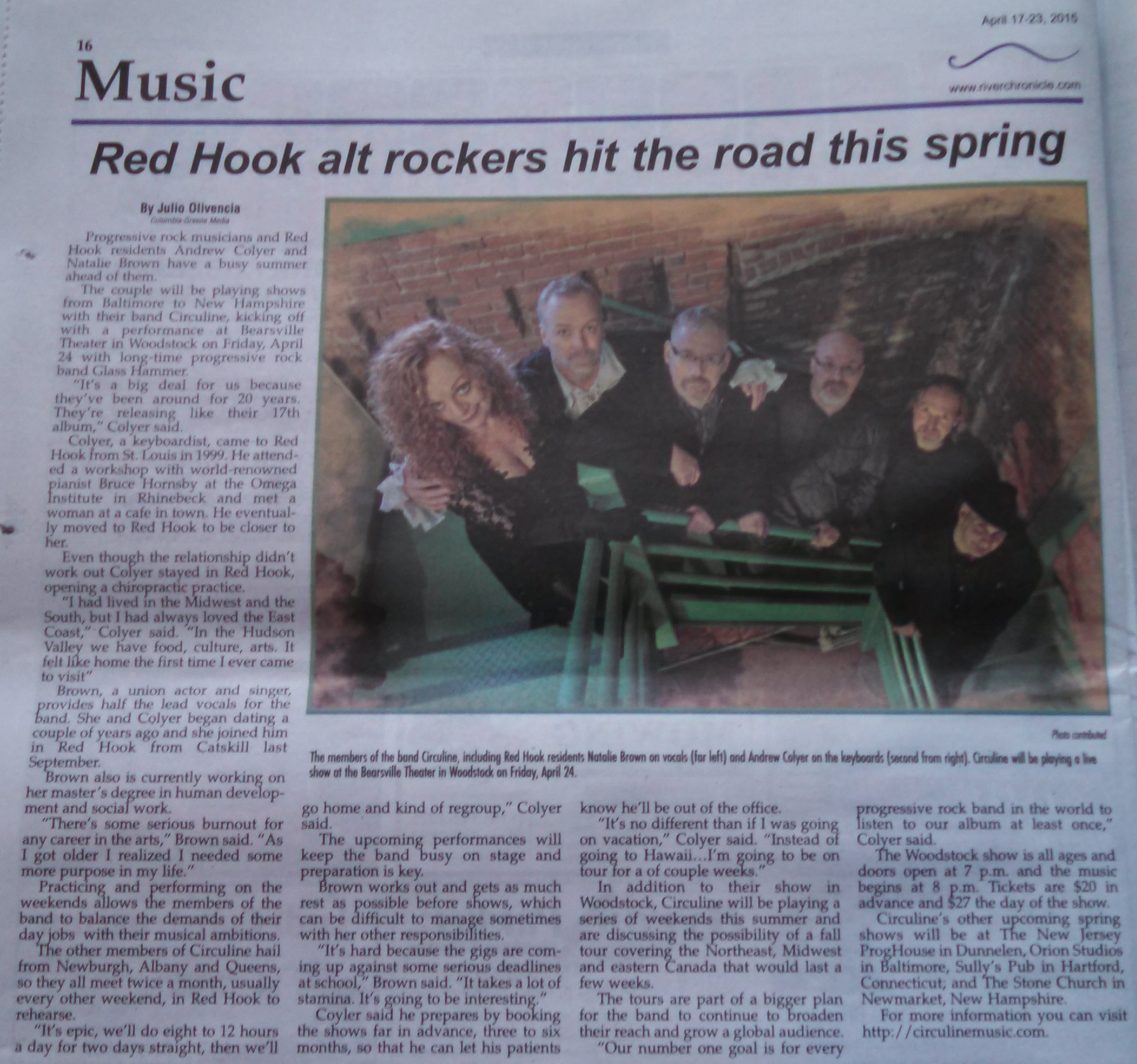 Special thanks to Julio Olivencia for this article in the River-Chronicle! 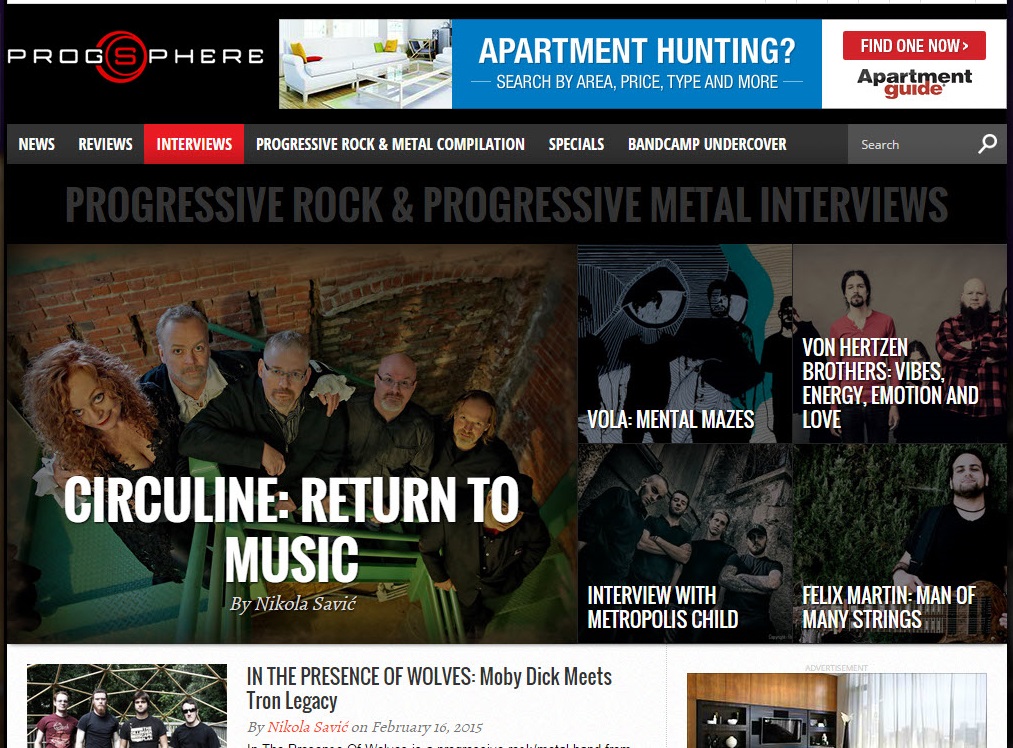 Once I laid my head
On stones of ice, my bed
I turned, then looked, and said
“I have no reason, I have no right…”
And turned out the light

What do you get when you take two theatrical lead vocalists, a keyboard player from Juilliard, a musical savant playing guitar, and a drummer with progressive rock in his DNA? The new modern ProgRock band Circuline.

Circuline’s debut album (to be released April 2015) will feature Guest Artists Matt Dorsey (Sound of Contact) on bass, Randy McStine (Lo-Fi Resistance) as a songwriter and vocalist, and Joe Deninzon (Stratospheerius) on electric violin. Paul Ranieri (Shadow Eden), seen in the above video, is currently the touring bassist with the band.