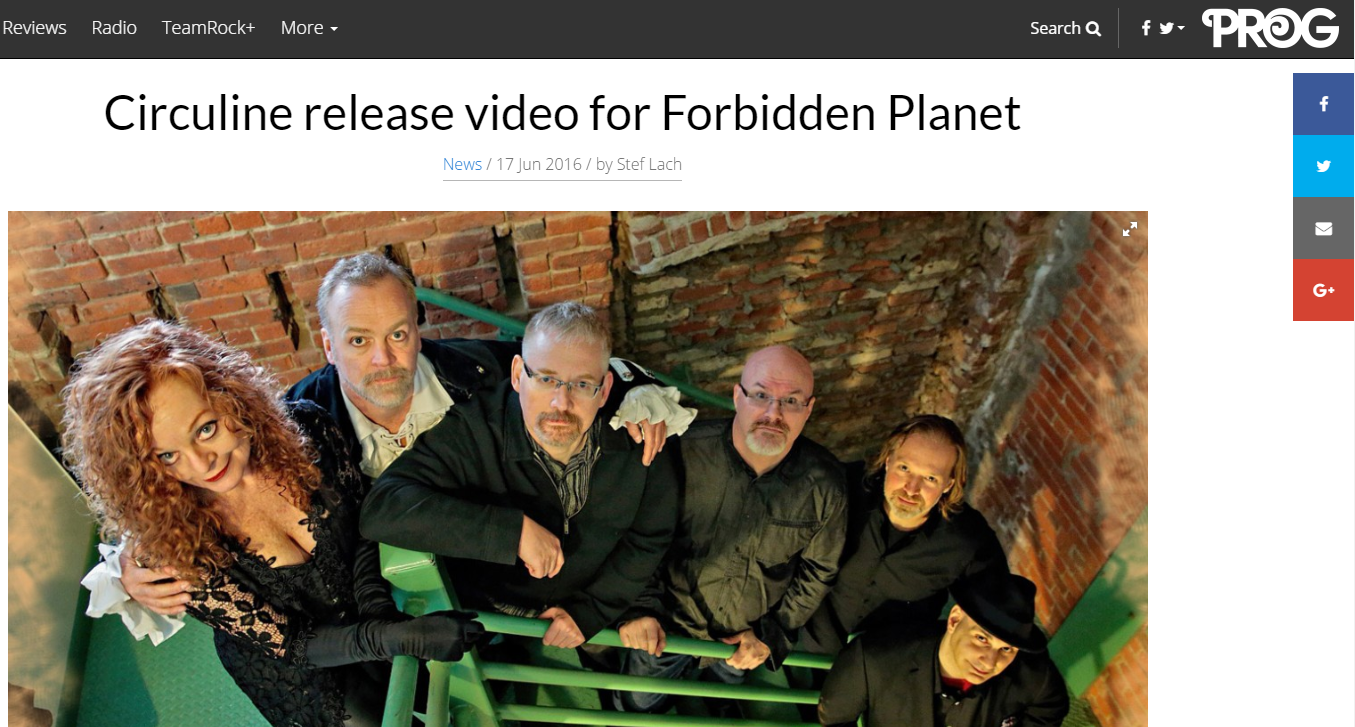 Thank you so much to Jerry Ewing and all the staff at TeamRock/PROG online for featuring our new video!