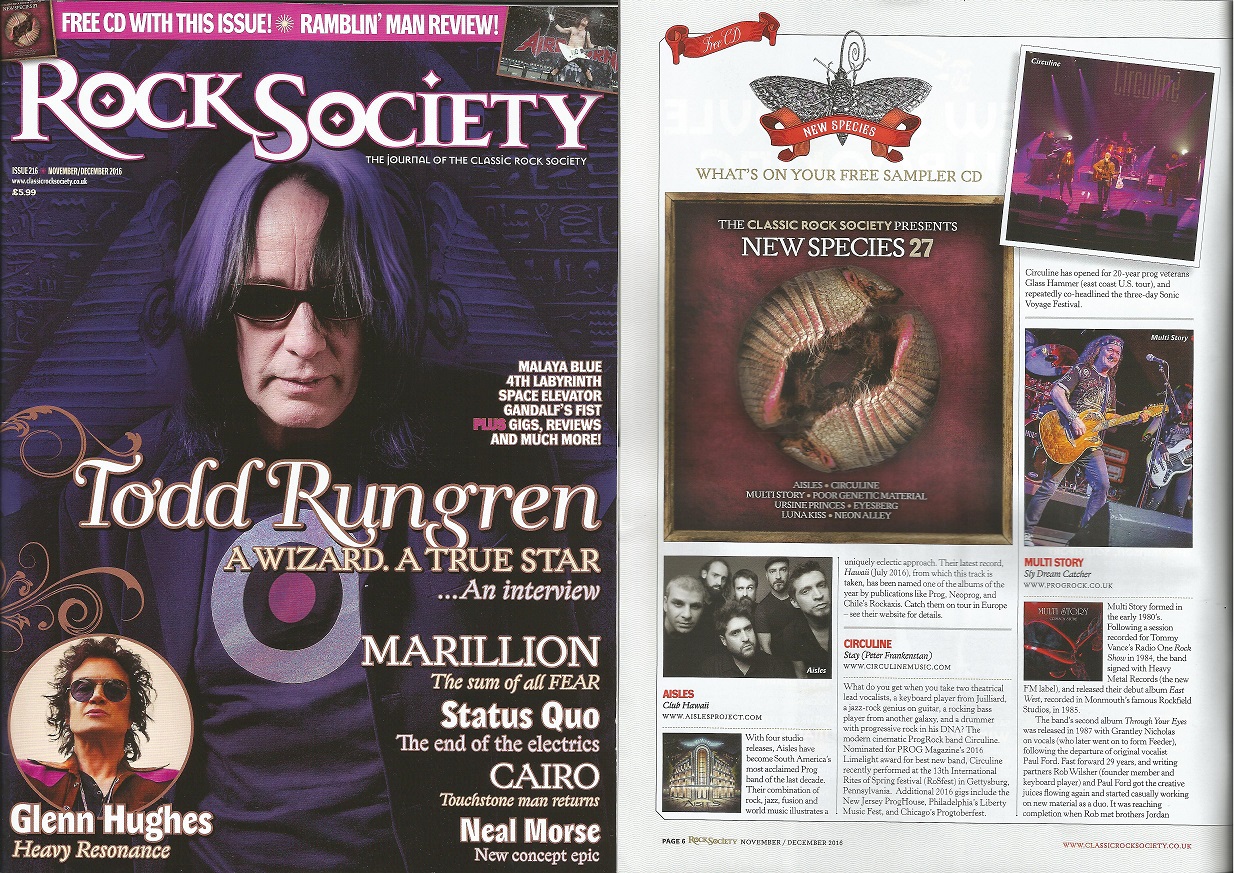 Guest #5:  Stanley Whitaker (Happy the Man, Pedal Giant Animals, Oblivion Sun).  Stanley was a founding member of the amazing progressive rock band Happy the Man in 1973.    HTM released three albums in the 1970’s, with followup albums in 1999 and 2004.   Pedal Giant Animals is a project with HTM co-founder Frank Wyatt (Check out PGA’s latest project, out soon!).  Oblivion Sun was formed in 2006, and the band released albums in 2007 and 2013.

Andrew Colyer met Oblivion Sun drummer Bill Brasso on the inaugural Cruise to the Edge in 2013.  Oblivion Sun was looking for a new keyboard player, so when Frank Wyatt and Bill Brasso saw Andrew performing on keys/vocals with the Prog Rock Orchestra on the 2014 Cruise to the Edge, they spoke to him about becoming the newest member of Oblivion Sun.  Scheduling and health issues have prevented that from happening, but it connected Andrew with all the members of the band.  Oblivion Sun came out to see Circuline during their 2015 Spring Tour with Glass Hammer.

Stanley is contributing guitar tracks to the song “Stay (Peter Frankenstan)”.  We’re excited and grateful to be working with him!