Thank you so much, Jordan Blum and Rock & Roll Globe for the review of CircuLive::NewView, giving the CD/DVD/Blu-ray product 4.5/5 stars!

“Spectacular ability to merge elements of classic 1970s icons like Genesis, ELP, Yes, and Camel into their modernized edge and efficacy…..a must-own set for fans…..a communal, two-way street sort of vibe between the musicians and audience from start to finish…..performed impeccably…..exemplifying Circuline’s knack for strong songwriting, dense harmonies, and tastefully elaborate arrangements…..how much the band has accomplished in only a few years…..more than worth the price of admission…..a superb document of Circuline’s appearance at ProgStock.” 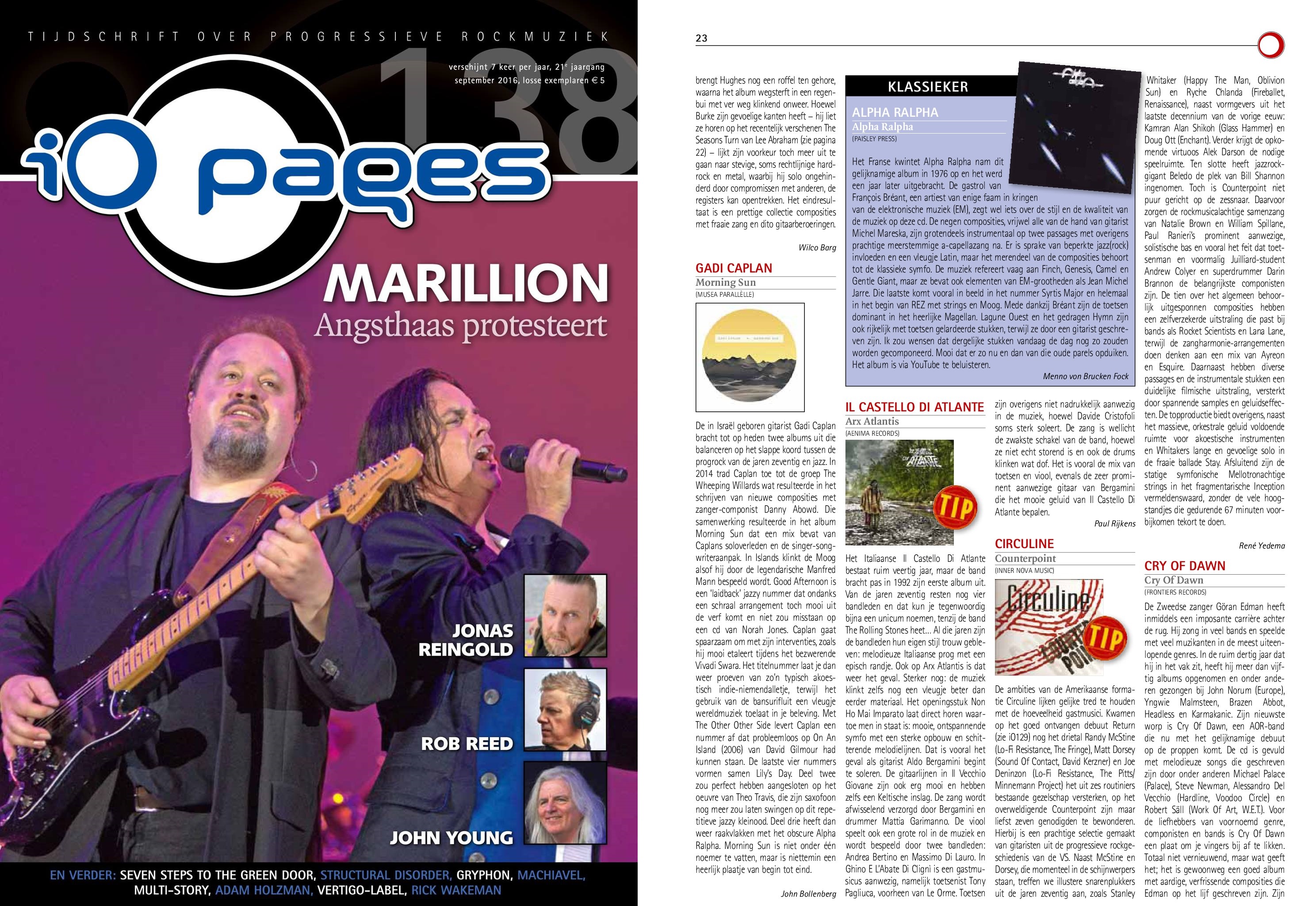 Thank you so much to iO Pages Magazine (Netherlands) for the great review of Circuline’s Counterpoint in issue 138!