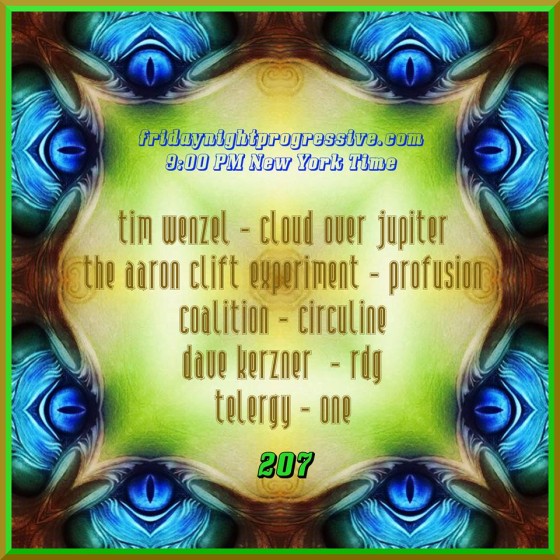 Circuline was on the Friday Night Progressive show for the sixth time last night!

We appreciate sharing the airwaves with Tim Wenzel, Cloud Over Jupiter, The Aaron Clift Experiment, Profusion, Coalition, Dave Kerzner, RDG, Telergy, and One.

Thanks to all who tuned in live!